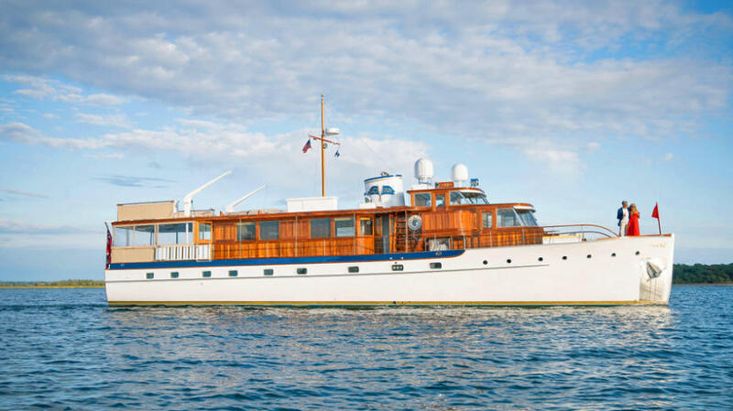 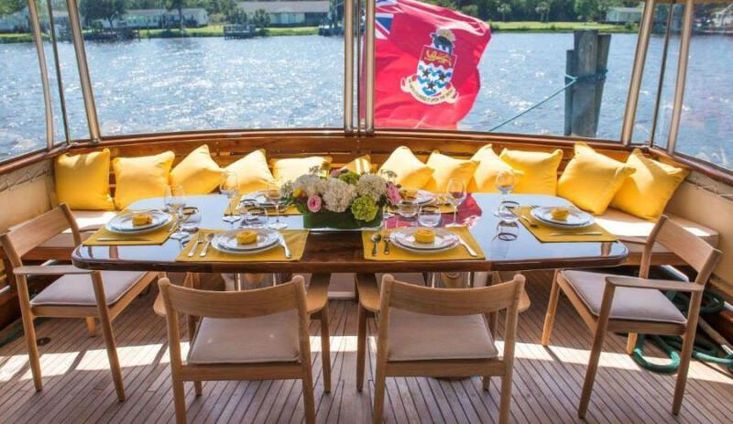 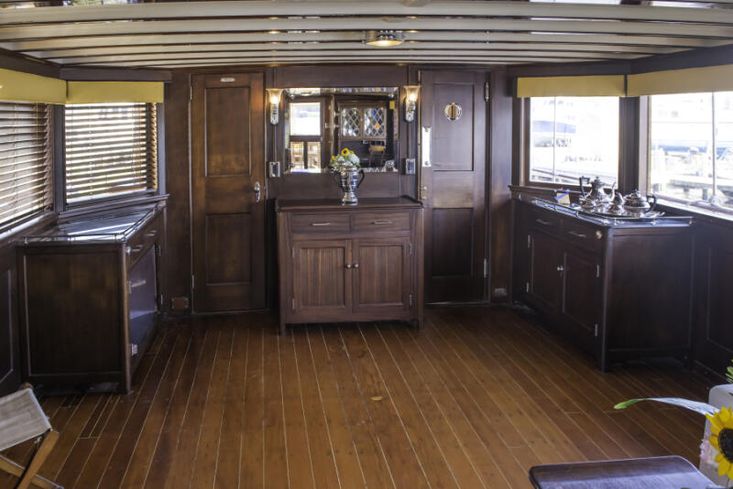 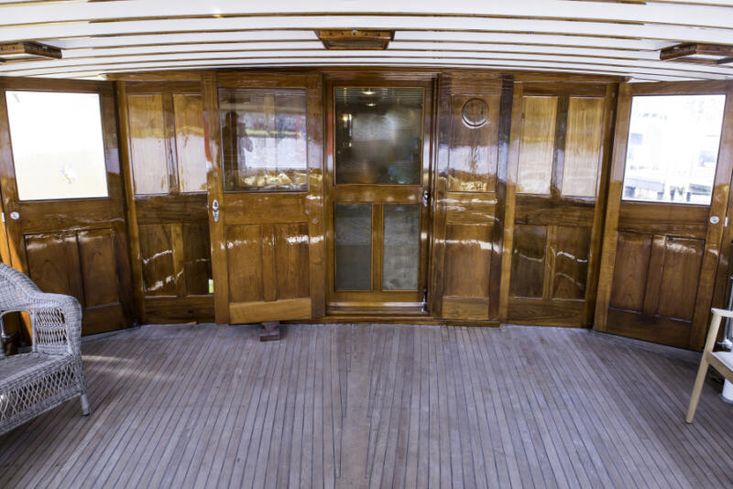 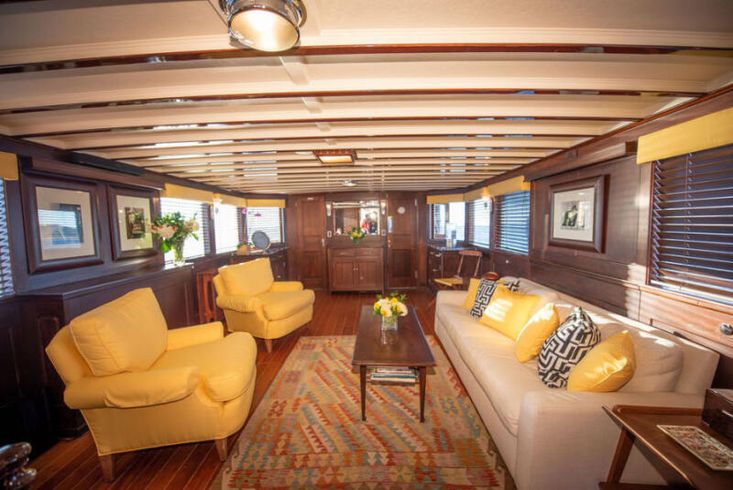 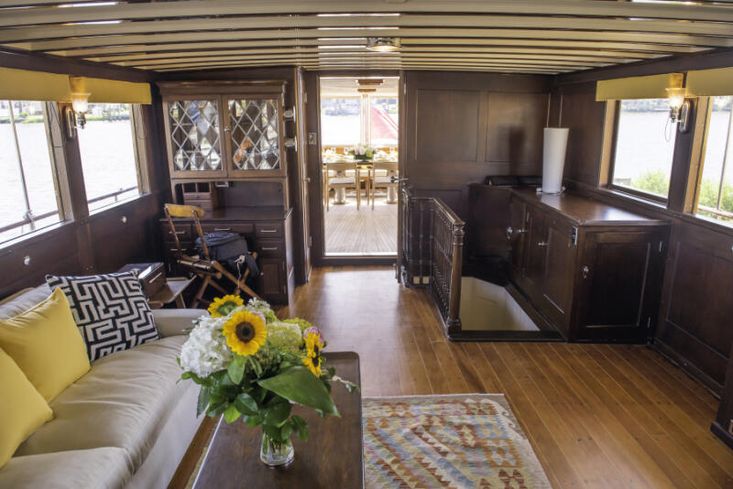 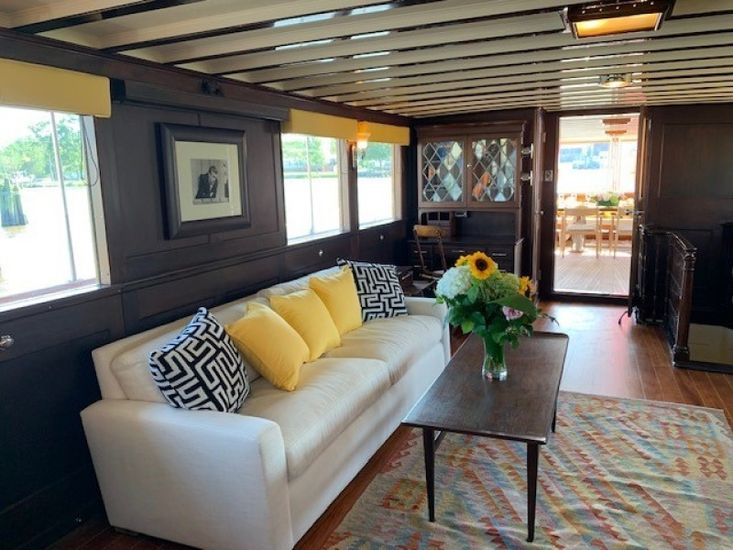 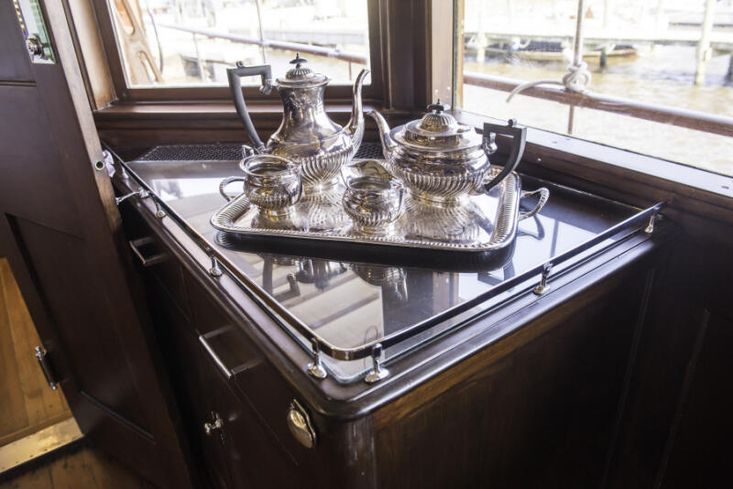 the making of bb the owner of the 80 trumpy motor yacht now called bb shares this unique passion for restoring and preserving this treasure of american yachting history, having has just completed a 3+ year, and $4 million+ authentic restoration, that has returned the yacht to her original 1947 splendor. designed and built by john trumpy in as a luxury cruising houseboat she was commissioned by george w. codrington of cleveland, ohio who was vp of general motors and a member of the new york and larchmont yacht clubs. her hull was built at the trumpy / mathis location in camden, nj and then the yacht was then towed to the new trumpy yacht yard in annapolis where she was completed and launched in 1947. christened seaplay she had the state of the art amenities of the day which included, according to a review in the august 1948 issue of the rudder magazine, a ship to shore telephone in owner s room makes possible instant communication with home or office from the seaplay. the article also stated: she has a well-blended combination of seaworthiness, sleek lines, good turn of speed, ease of handling, sturdiness, compactness with comfort, reliability, and the ability to go anywhere her owner desires. seaplay s later names, in order, include: natamor ii, seaway, beau rivage, ss sophie in 1998 and bb since 2017. specifications: classic 1947 trumpy raised pilot house motor yacht loa 80' 0" / 24.38m beam 18' 0" / 5.49m draft 4' 9" / 1.45m max grt 85 tons the yacht was repowered in 1961 with twin 2x detroit diesel 6-71n (naturally aspirated) 234 hp engines, which have also been rebuilt during the restoration. the original pewter plate commemorating the 1961 installation of the new engines is proudly restored in bb s salon. these workhorse engines offer a cruising speed of 10 knots with a maximum speed of 13 knots. 820 gallons / 3,104 liters of fuel for a range of 700 miles. we are pleased to offer the rare opportunity to own a jewel of american maritime history - an authentically restored 1947 classic trumpy "houseboat" motor yacht.